After bidding a very fond farewell to Goldfield and our new friend Jim, we headed toward Beatty, Nevada where we planned to stay the night. We had a couple of stops we wanted to check out before we got there, the first one being this random plane wreck next to a brothel. From research I have done, it seems the plane crashed there during a promotional stunt the brothel attempted itself.

According to one of my favorite websites, Atlas Obscura:

The owners of the establishment promoted an interesting challenge with a very naughty prize. A mattress would be placed in the center of a large star painted on the desert floor—if one were to parachute out of an airplane (airplane provided) and land on the mattress, they would be the lucky winner of a night with the lady of his choice, on the house!

Unsurprisingly, things went horribly wrong. Long story short, scantily-clad women plus distracted, inexperienced pilot plus heavy cross winds equal the plane plummeting straight into the ground. Luckily no one was hurt in the accident, and the clever owners decided that the wreck was enough of a spectacle to attract people from the road, so there it stayed.

So there you have it. The story behind the mysterious plane wreck outside of a now lonely brothel. 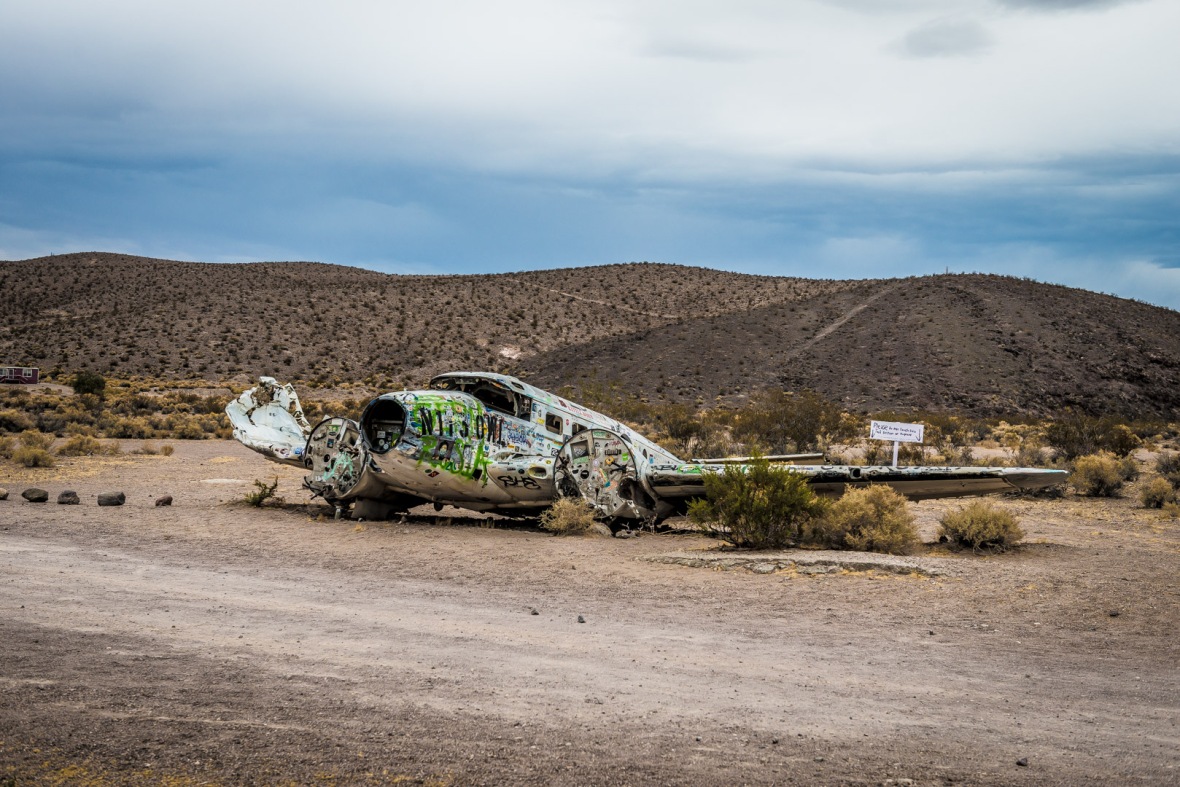 Our next stop was a rather peculiar one. In my research for the random and obscure, I found this roadside oddity, the Goldwell Open Air Museum, that is situated right next to Rhyolite, Nevada,  a ghost town that was on my list to see.

The most prominent art fixture at the Air Museum is the late Belgian-Polish sculptor Albert Szukalski’s ghostly fiberglass sculpture he called “The Last Supper”. As a photographer I couldn’t have asked for a better sky to capture these haunting figures that glow eerily against their harsh surroundings. 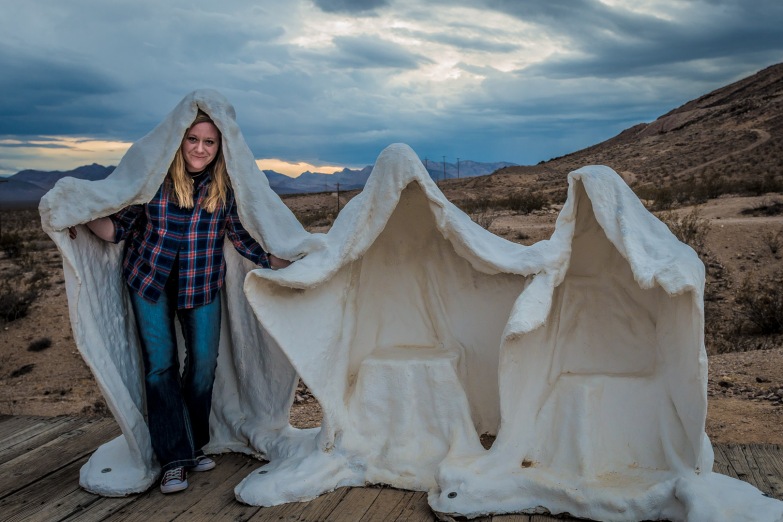 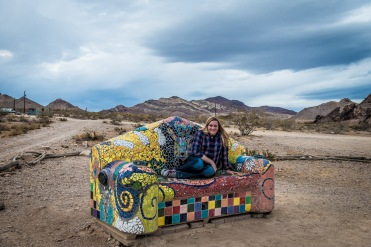 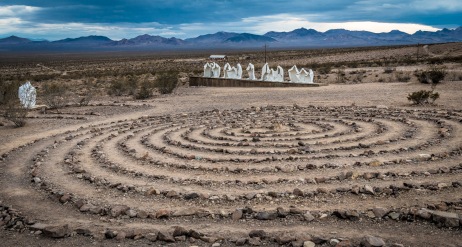 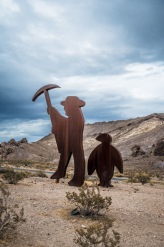 Rhyolite, Nevada was founded in 1907 when gold was discovered there. However, much like many booming gold mining towns, once the gold ran dry, so did the town. Rhyolite’s glory days were short lived as most folks cleared out by 1916.

According to the US National Park Service: “The town immediately boomed with buildings springing up everywhere. One building was 3 stories tall and cost $90,000 to build. A stock exchange and Board of Trade were formed. The red light district drew women from as far away as San Francisco. There were hotels, stores, a school for 250 children, an ice plant, two electric plants, foundries and machine shops and even a miner’s union hospital.” 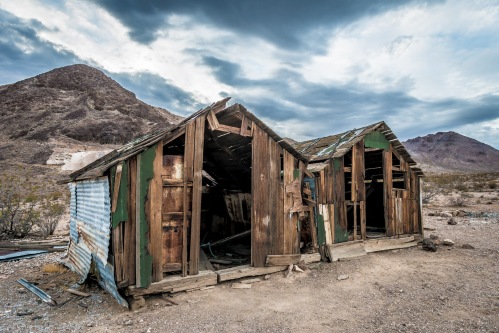 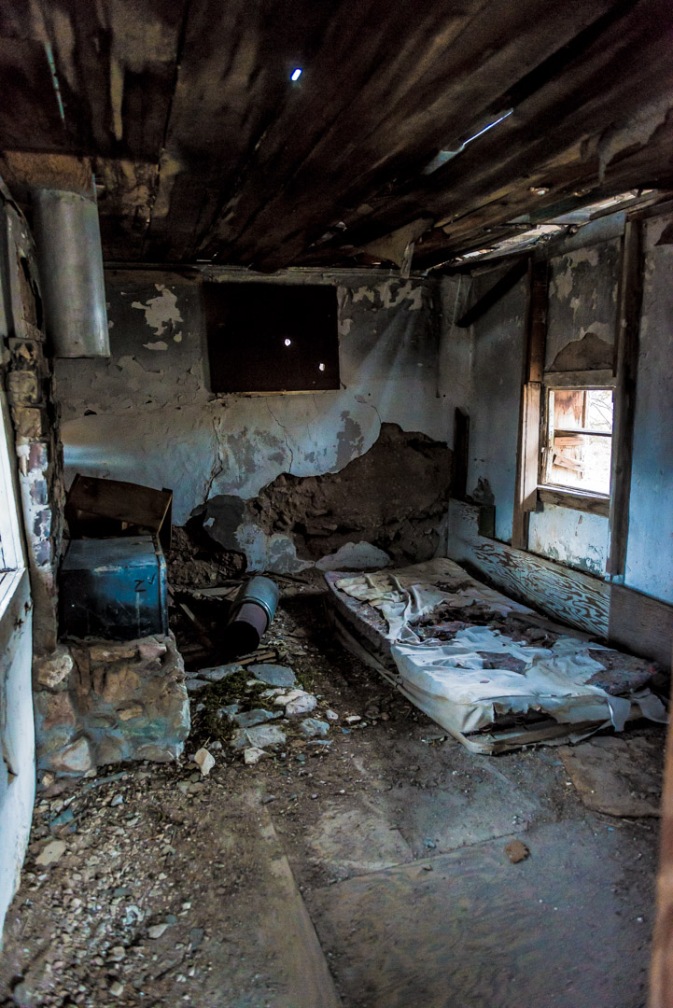 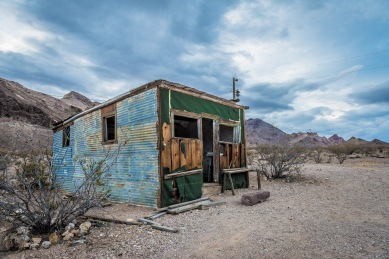 Below are remnants of an old school, a three story bank, an old caboose that was formerly used as a gas station, as well as other buildings. Rhyolite has been featured in a few films from the 1920’s to the early 2000’s since the town was abandoned in 1916.

Rhyolite sits on the northern end of the Amargosa Desert among the Bullfrog Hills, where gold was found. The area became known as the Bullfrog Mining District. 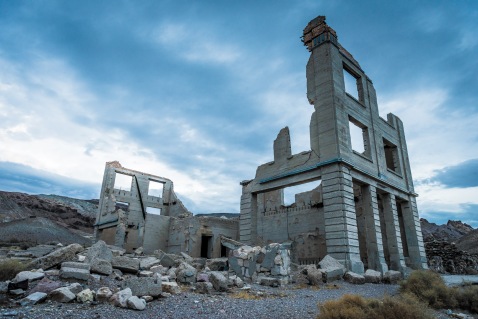 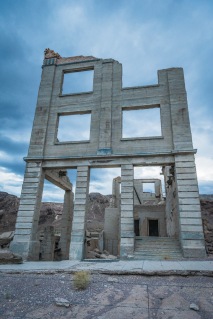 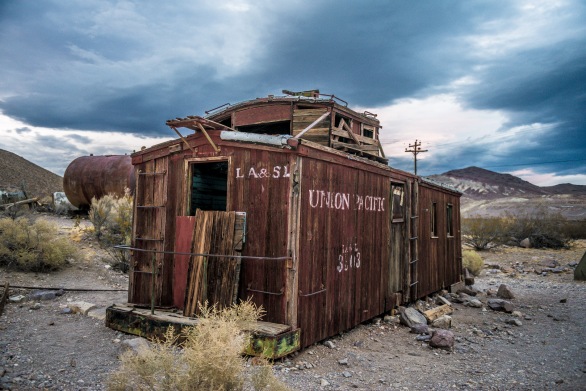 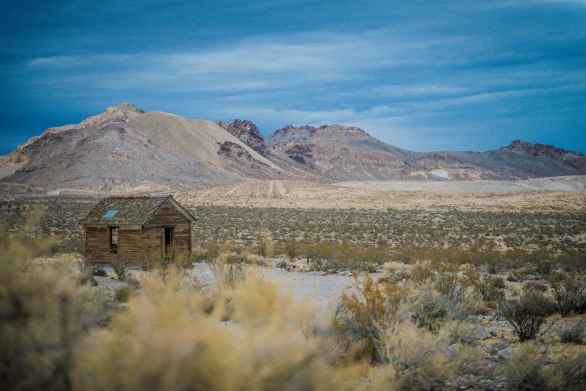 Tom Kelly was a man that moved west with the hope of striking it rich with gold. After retiring from the gold mining seen in 1905, Kelly decided to settle in Rhyolite, which at the time had about 50 saloons in operation. Well, since lumber is pretty scare in the desert, and there were no shortage of bottles due to all of those saloons in the area, Kelly collected 50,000 bottles in about six months to build this gem you see below.