I have to start this blog post by saying I would have missed an EPIC windstorm last night if Paul hadn’t woken me up. We stayed in Pendleton last night, and at around 1:00 a.m. I woke up to Paul saying, “Melissa, wake up! This is crazy, you’ve gotta check this out!” I wasn’t sure if I was supposed to be scared, or excited, or what was happening! We walked out into the hallway from our room, and it was literally like we were standing in a wind tunnel! The wind was just howling through the hotel!

We ran downstairs and totally startled the poor woman working at the front counter. The lights in the hotel were also flickering, and I could tell between that and the storm she was a little on edge. Paul on the other hand was like a kid in a candy store. He went running down the hall to the side entrance doors that were swinging back and forth in the wind. The woman working at the front counter came to inspect the doors, but said that if she were to block them in anyway it would be considered a fire hazard.

Paul proceeded to run outside, his t-shirt and flannel pajama bottoms flapping furiously in the wind. He grabbed a tumbleweed blowing by and began swinging it around like a mad man before flinging into the air. I watched the wind carry it up over the hotel! It is definitely the most exciting wind storm I have ever witnessed, but the best part was definitely watching Paul be completely in his element. I couldn’t stop laughing at him, and the craziness of the storm, and just how much fun we were having. It was totally wild!

After a while the wind and our excitement died down a bit, and we were able to get some sleep. When we woke up that morning, our first stop was the Rainbow Cafe for a delicious breakfast. After breakfast, we began wandering a few streets downtown. Here are a few shots of what we saw: 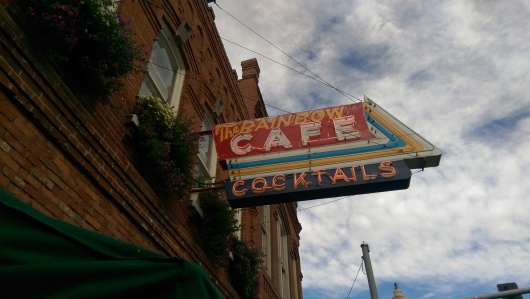 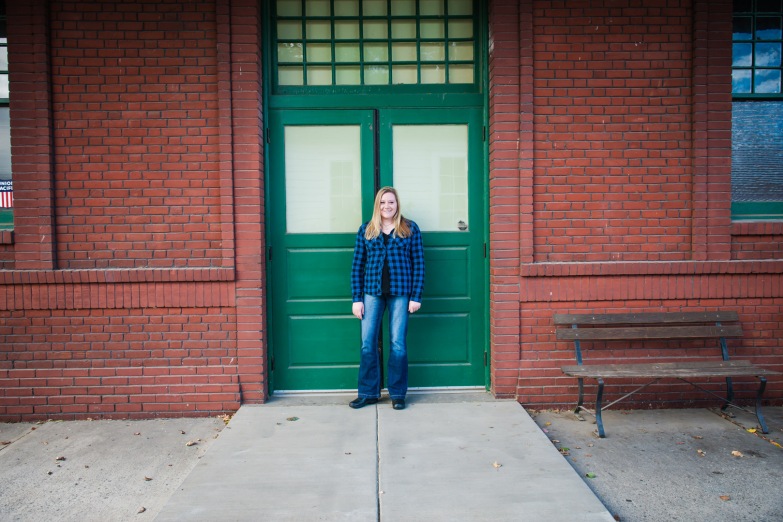 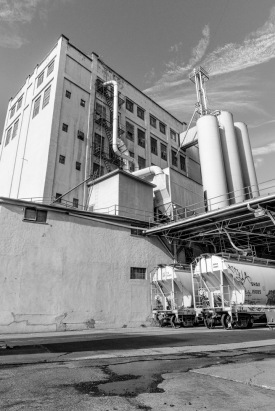 After Pendleton, we hit the road to the Starkey Unit. This is Paul’s like all time favorite place, and it’s not hard to see why he loves this area so much…the hills are ablaze with golden hues that pop against the evergreens and stormy skies. The landscape is a wild one, constantly changing. You can’t help but want to stay and soak in the beauty that surrounds you, and we did just that. 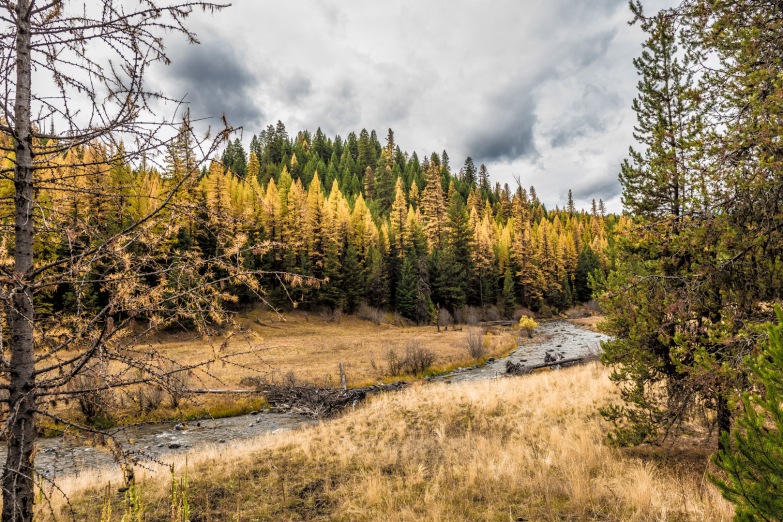 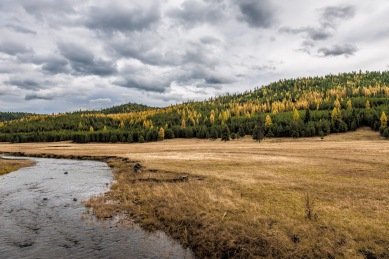 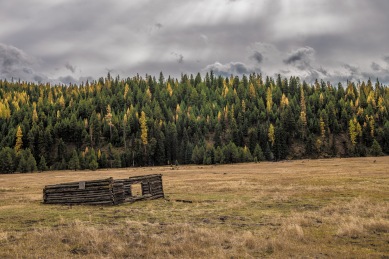 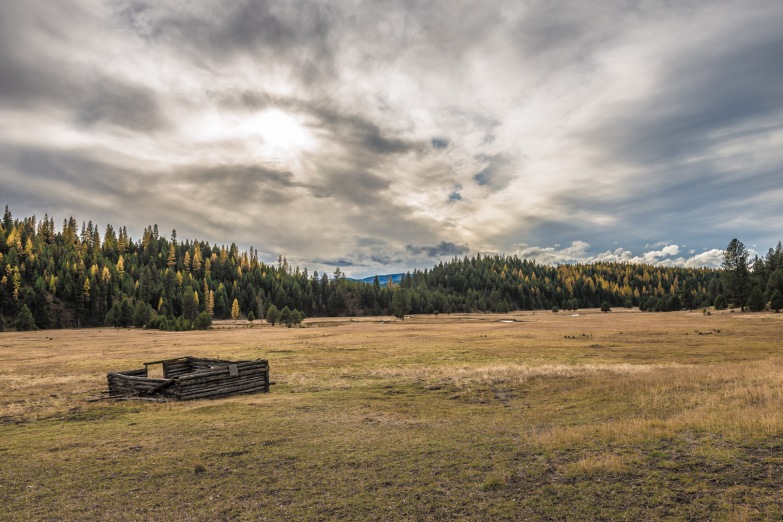 Paul pulling a wilderness McGyver and fashioning some twine, a stick and some kindling into a fire making machine. Paul worked super resourcefully and diligently to get us a fire going. It was super impressive to watch! Alas, no fire, but he did get some smoke! 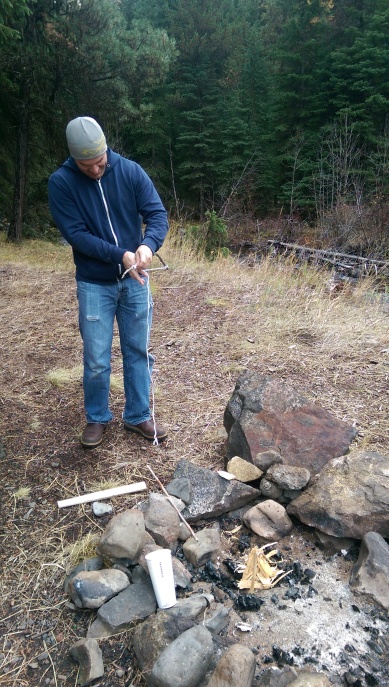 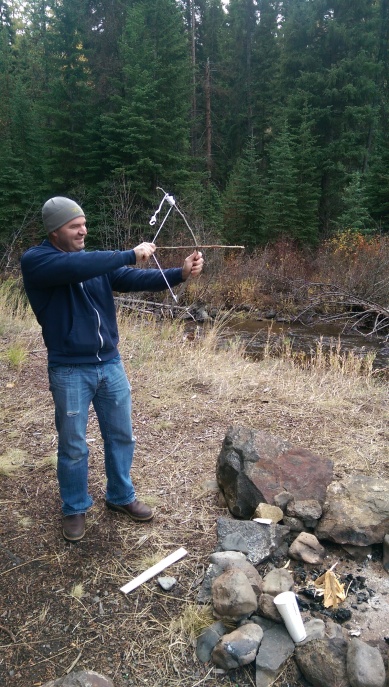 Here is a cool old mine hidden in the hills somewhere between Starkey and Sumpter. If you’re not looking for it, you will completely miss it.

One of our last stops on Friday was the tiny town of Granite, nestled in the Blue Mountains. Practically a ghost town with a population of 38, I can’t help but wonder about the hearty folk that must live here. Maybe those that seek complete solitude from civilization find Granite to be the perfect home. I find the history and isolation of this place absolutely fascinating. 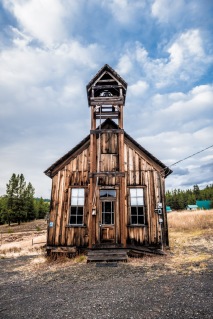 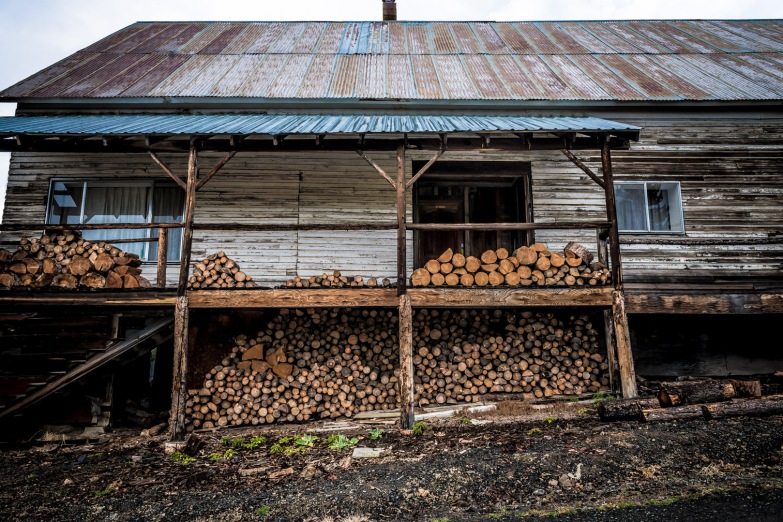 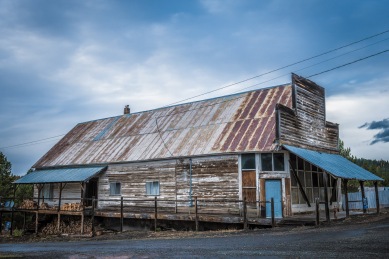