On day four of our brother/sister road trip, Devin and I traded in ghost towns for aliens. Last year we thought we had done the entire Extraterrestrial Hwy, but realized we missed a tiny 1 mile section of it….so of course we had to go back and finish it!

We stayed the night in Wells, Nevada, in a hotel that resembles the Bates Motel. Actually, I noticed a lot of hotels in Nevada seem to look like the Bates Motel…Like this abandoned one that was across the street from where we stayed: 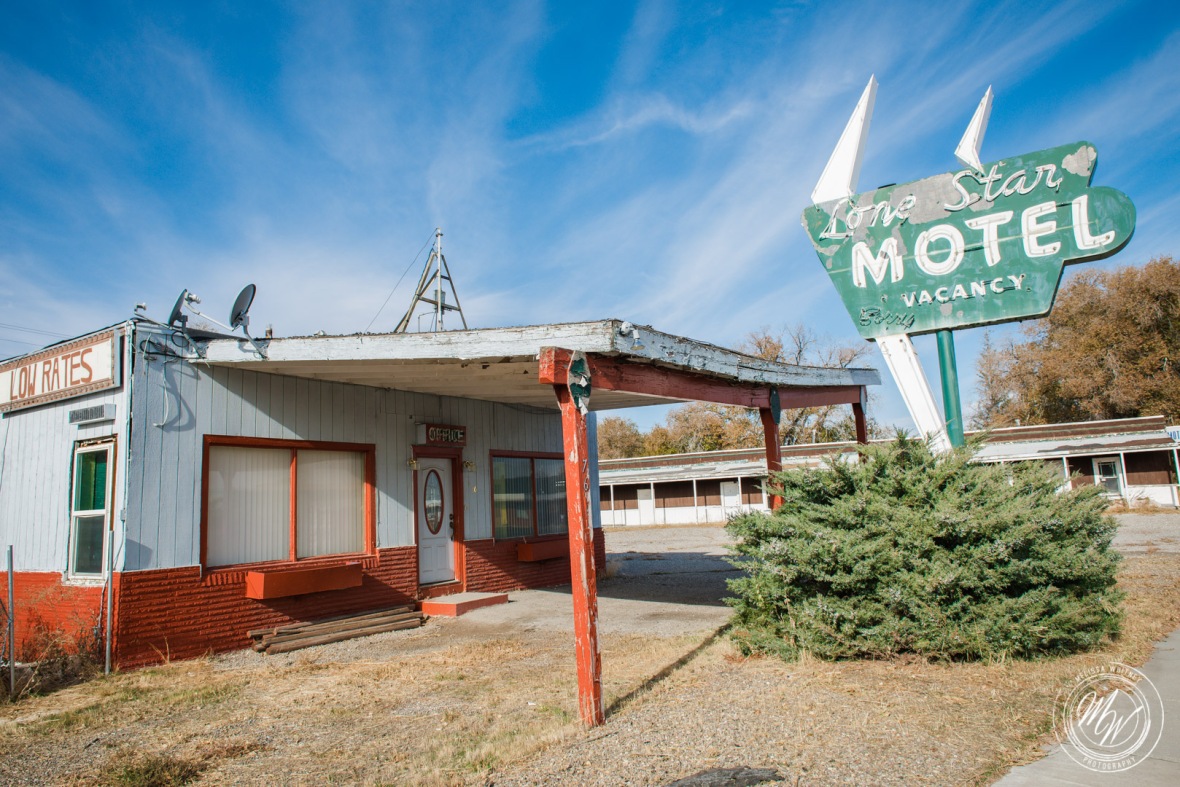 A couple more sights from around Wells, Nevada. 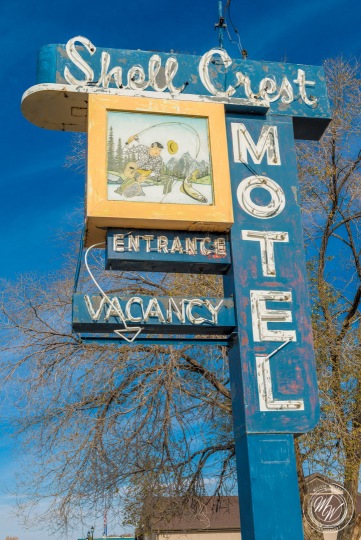 I can’t remember what town we were driving through, but I thought this old ice-cream shop looked pretty neat. 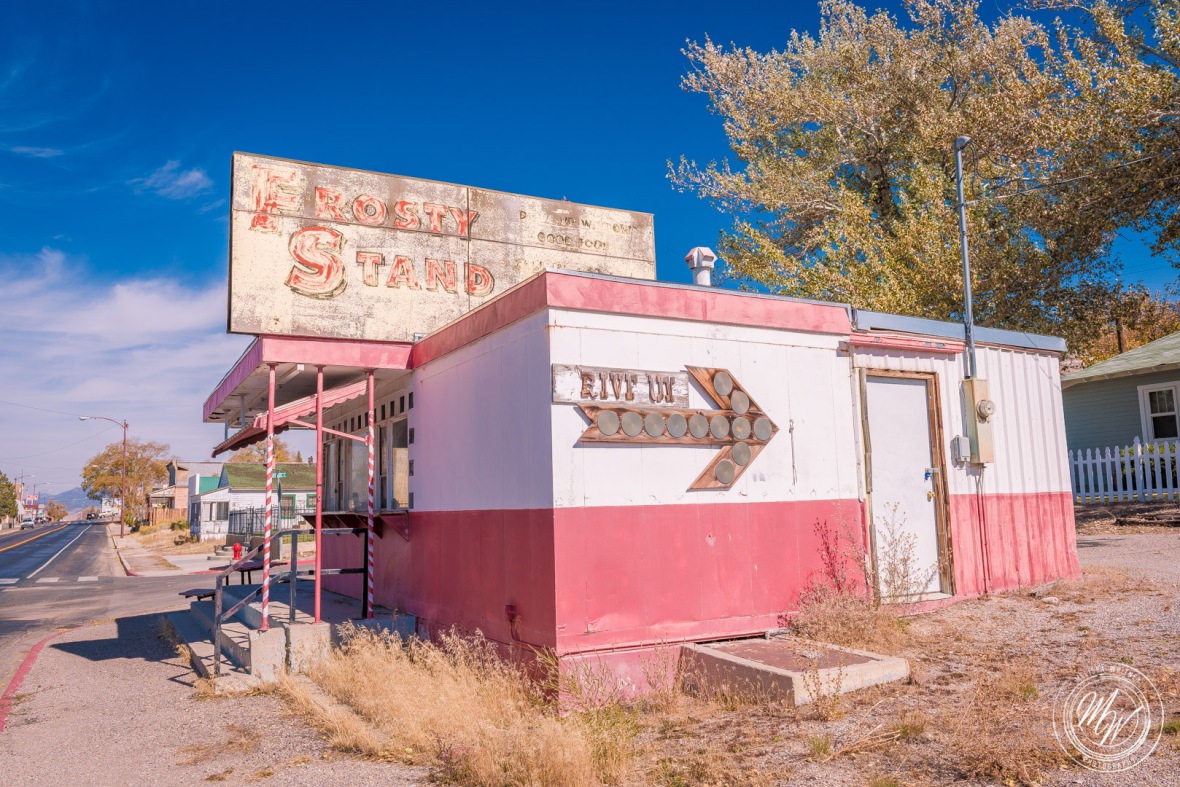 We picked up some fresh jerky at this roadside stop along the E.T. HWY. They also had other snacks and beverages, and of course your alien swag. I loved the painted mural on the side of the building! 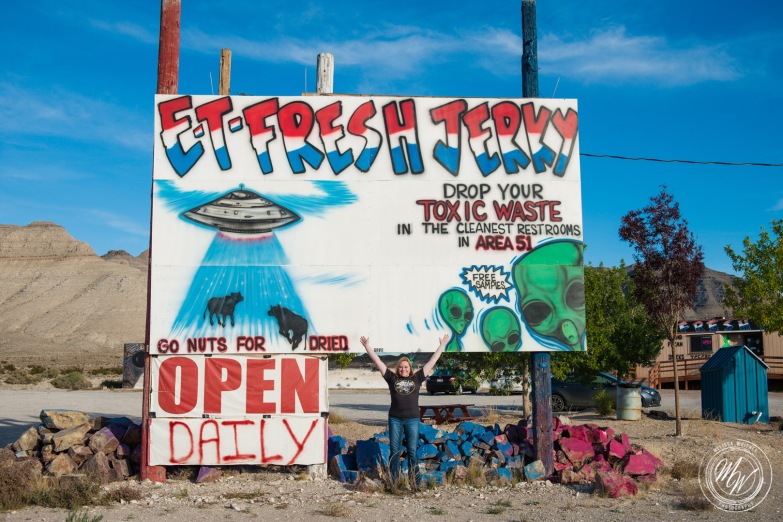 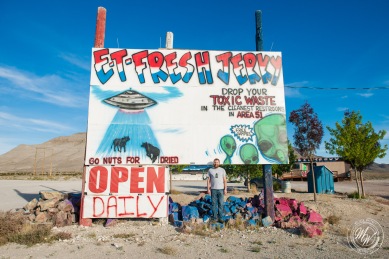 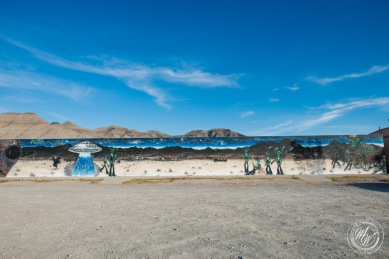 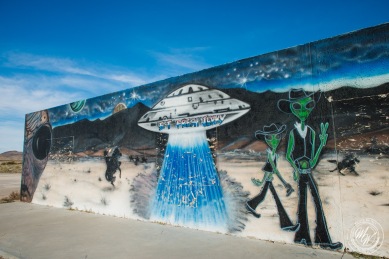 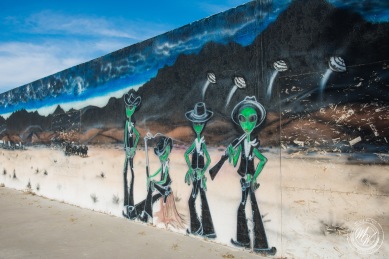 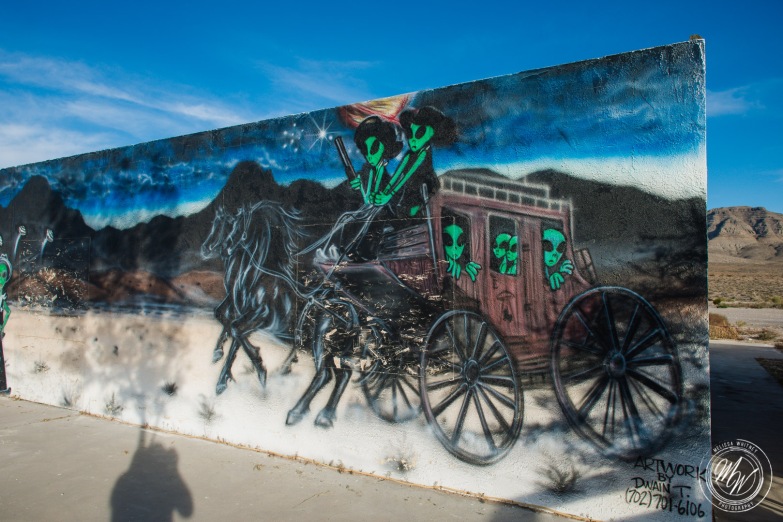 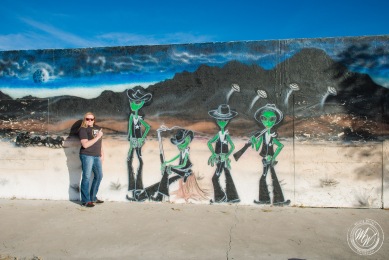 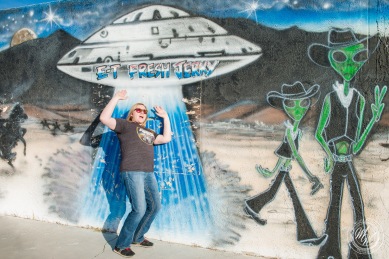 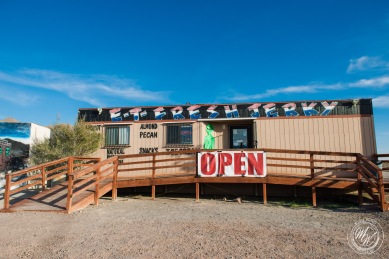 Last year we got a photo of the Extraterrestrial Hwy sign outside of Rachel, Nevada, so when we went back this year we found the one at the “start” of the E.T. Hwy in Hiko, Nevada. Apparently we drove the E.T. HWY backwards last year, haha. 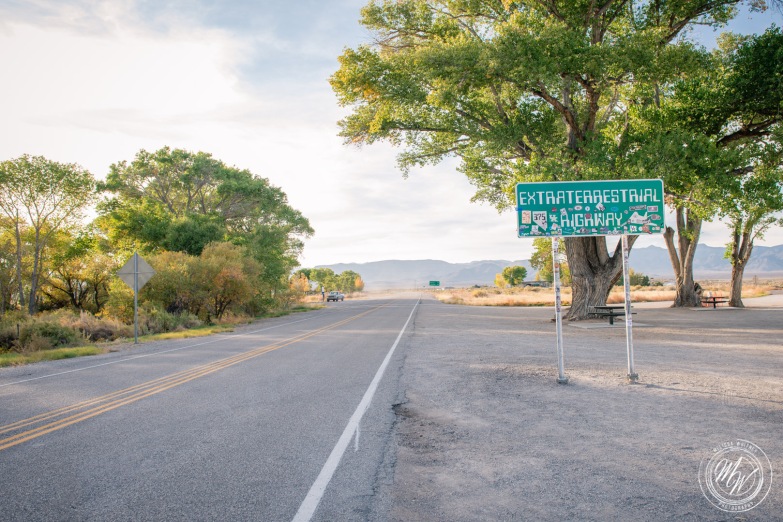 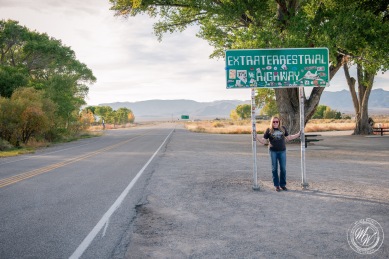 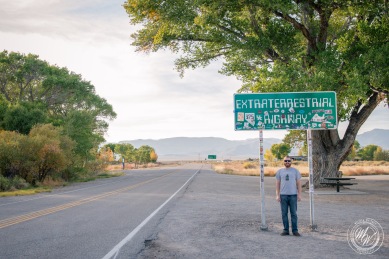 While we were in Hiko, Nevada along the Extraterrestrial Hwy, we stopped at E.T. Fresh Jerky and The Alien Research Center. After leaving the Alien Research Center, we pulled over to take photos with this sign and heard not one, but TWO sonic booms, about a minute a part. It felt and sounded like a bomb was dropped, they were so loud. We saw the aircraft…well, a tiny black dot zooming across the sky. Gotta love the Extraterrestrial Hwy! 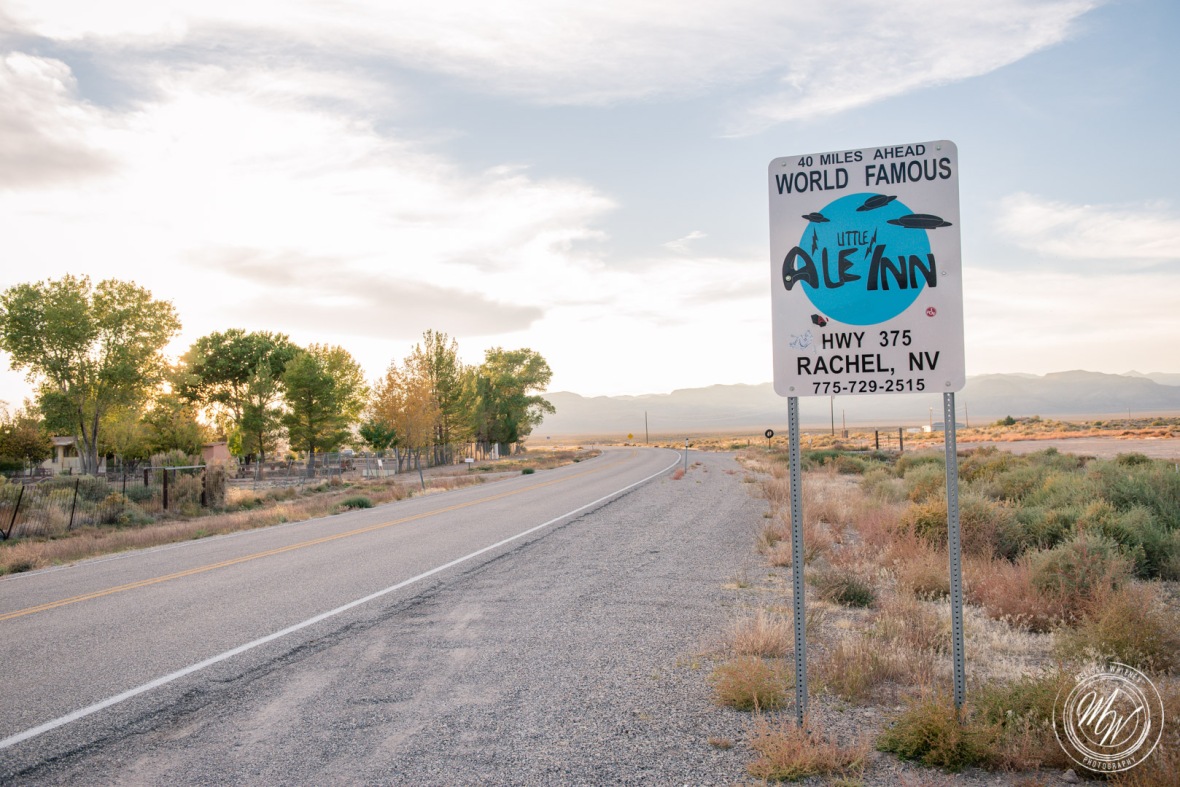 We also had to pay another visit to the Alien Research Center in Hiko, and stock up on our Alien souvenirs. And we had to get another photo with the giant metal alien out front. 🙂 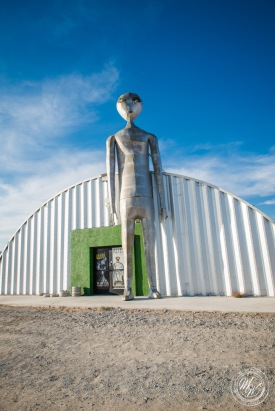 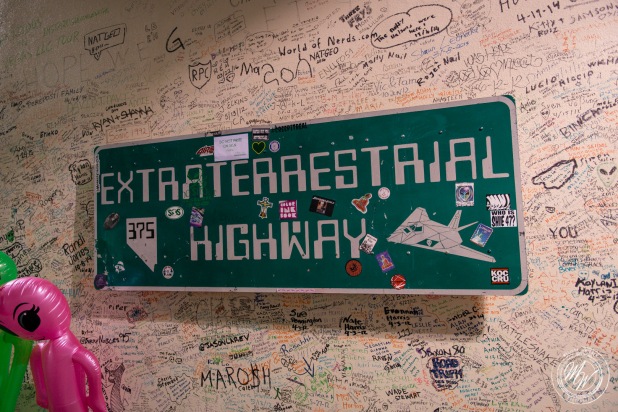 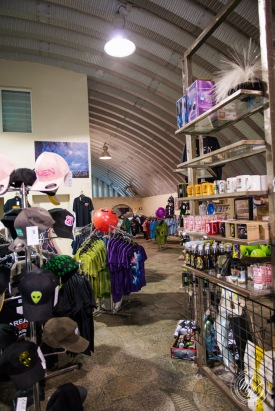 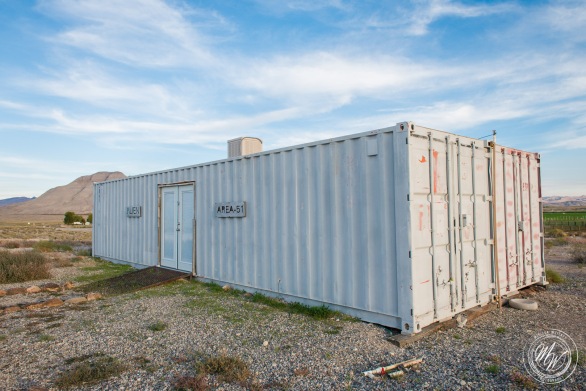 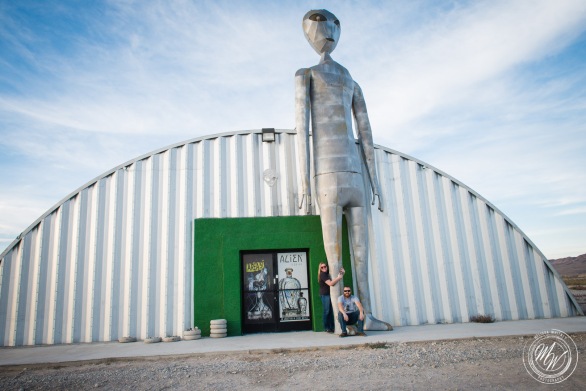 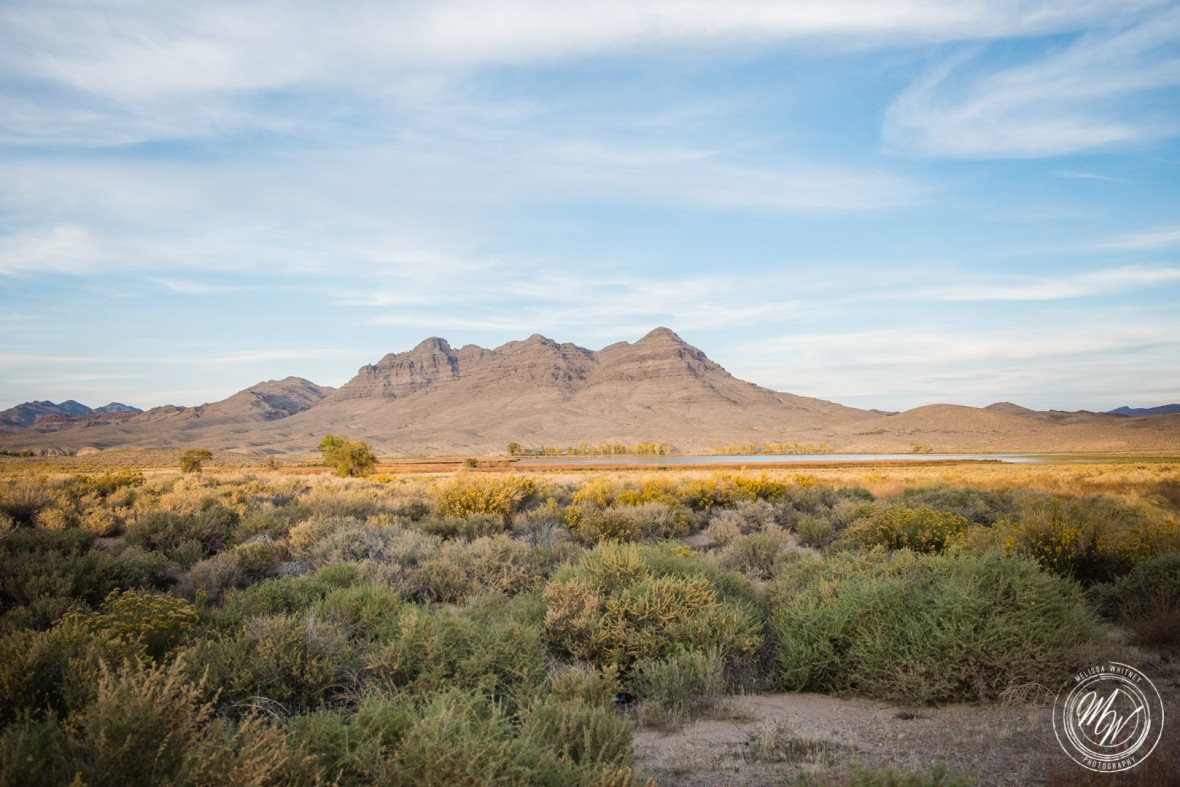 After Hiko, we started venturing toward Utah for the next leg our adventure.